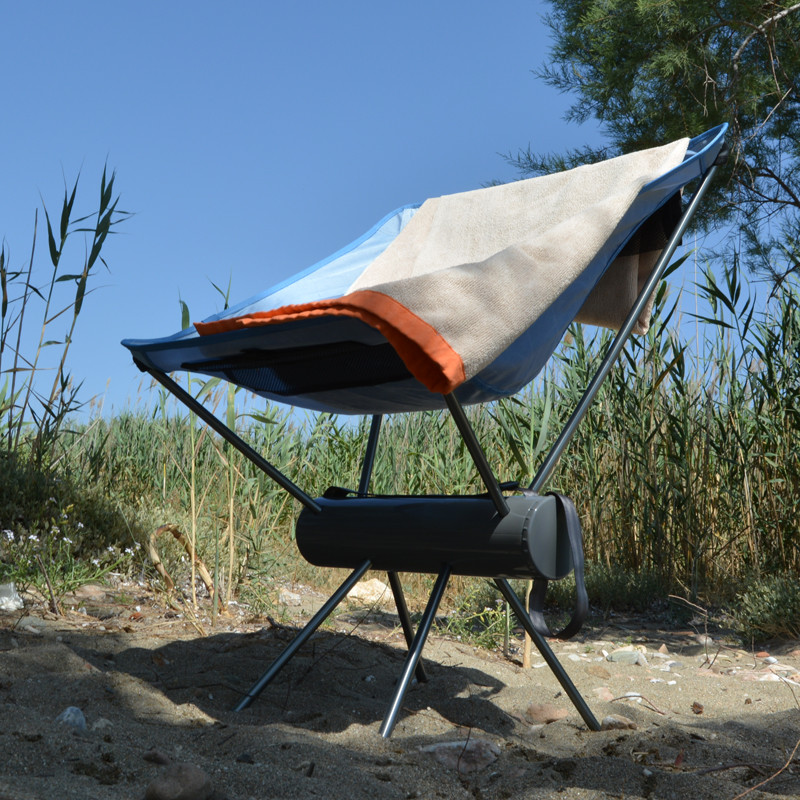 In collaboration with TERRA NATION there was a thought of developing a beach chair for the global market i around 2012. However it was not clear which direction this project would take, since there were 2 strategies on the table.

One was to go with an existing product that we would modify to our requirements, or go with an entirely new design. At the time, for a number of reasons that cannot be disclosed, the first option was selected.

This effort led to a couple of boring results. In one case, we looked at simply changing the proportions of an existing competitive product, aiming at adding a few features that would make it useful at the beach environment. 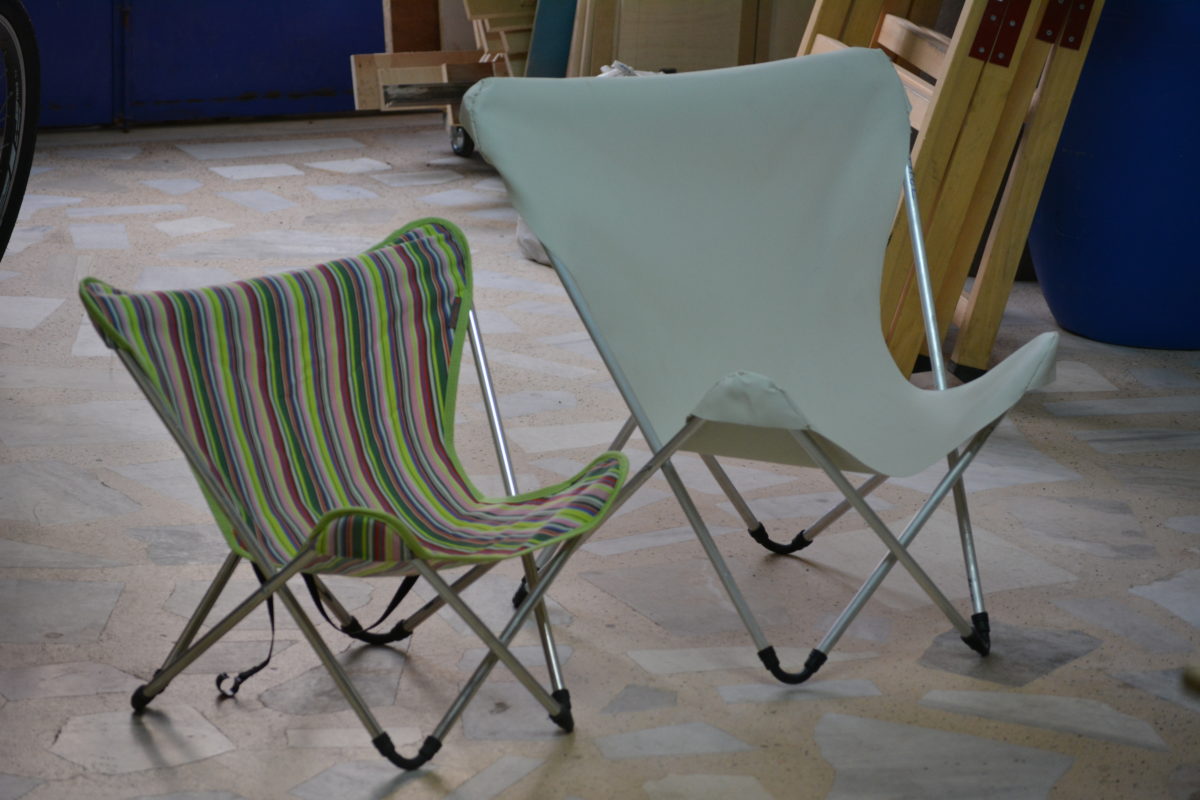 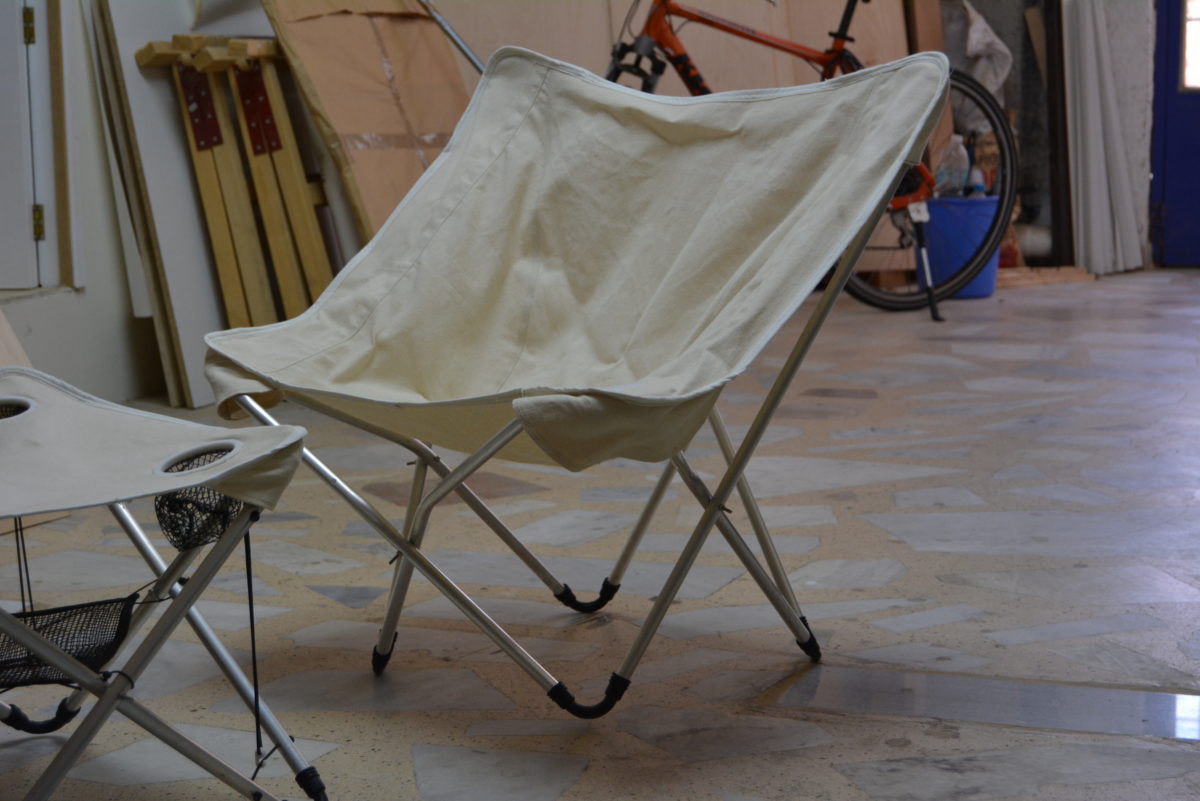 Along the same path, came another option that was interesting but eventually was not promissing enough to pursue. Changing the proportions would not be enough to increase its comfort. For this reason, the aluminium used to build the prototype was bent to improve the comfort of the seat and allow the user to open their legs while resting at the beach. Another reason for this widening of the seat was the wish to install a beverage holder that would double as an arm rest on both the right and the left. This simple calculation of changing the frame’s proportions took more than 2 weeks using numerous scale models and lots of coffee.

A product was still needed on time and we made the decision to scrap all previous attempt and go with a new concept which in other circumstances would have seemed a suicidal move. It was logical to invest at least one day in hope for something entirely new, in comparison to the 2 week effort to push through narrow paths.

A solution came from a new concept whose foundation was at the hellinox technology. The hellinox is robust and very very small indeed, but their packaging is quite dull, resembling a football shoe carry case. This was seen as an opportunity that led to some first exploratory work. The idea would be that the frame would also double as a carry case. This of course sounds simple but it posed many problems that would prove to all be ahead…

Some more work was prepared to solve structural challenges and aesthetic considerations, until a more viable stage was reached:

After this stage was reached, a technical folder was prepared with all the necessary specs and off to the manufacturer. Following this highly creative period came a routhless period of discussion and experimentatioon with the supplier. Around 7 prototypes were built until we reached a stage where we were quite happy with the outcome.

After the first factory made outcome was built we tested it at the beach.

Then came a couple of loading tests, a few more details to resolve leading up to the final product:

Finally the final product is in and ready for a photoshoot for our website… soon!