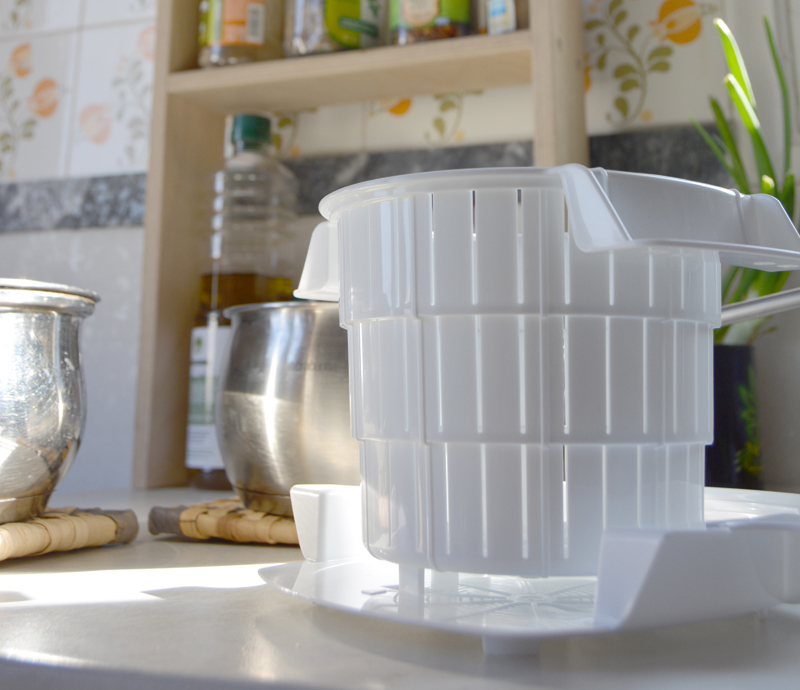 This product was developed for Bӧrner Gmbh. The world leading manufacturer of food slicers and a traditional manufacturer of kitchen tools. A few years ago, Bӧrner decided to launch a new campaign called “Change your life”. This action pushed the company towards the development of products that empower its customers to eat better, fresher food.
The cheese maker was an idea that sprang up from this effort mainly by Alexis Pouseos, Head of Svim S.A. and very experienced reader of the related market. When referring to cheese in this context, we mean fresh cheese. The one which is prepared immediately after splitting the milk to coagulated curds and watery whey. Here is a link describing the process but you can also find plenty of information on Youtube or elsewhere if you google ‘how to make fresh cheese’ or something of the sort. For Bӧrner there were other important guidelines to consider. The most important one was that the cheese maker would have to fit their already popular and successful airtight bowl (seen below). Soon after, and since the bowl didn’t feature the infrastructure to receive the cheese mold, we decided to make a dedicated base for it and since the unloading of the cheese from the cheese mold to a plate and then to a serving dish proved tricky during our experimentation, we decided to make a plate out of that dedicated base. You see fresh cheese, is quite tender before serving and we were determined to protect its structural integrity as much as possible until it reached the dinner table. As we soon confirmed, the plate was a clever solution. One of the first things we did was to experiment. We didn’t know the practice of making cheese so after starting making cheese we ate cheese every day for the following two weeks (it was winter, a bit of good fat doesn’t hurt). Here are a few pictures from that experimentation phase. During experimentation we figured out the appropriate dimensions and volumes involved in the processing of 1,2 and 3 litters of whole milk. Since milk loses a lot of its volume after separating into curds and whey, we needed to know what we ended up with in terms of volume. We also studied the mechanics of pouring coagulated milk into the mold and generally the behavior of the cheese during drainage and the interaction of the process with the kitchen environment. 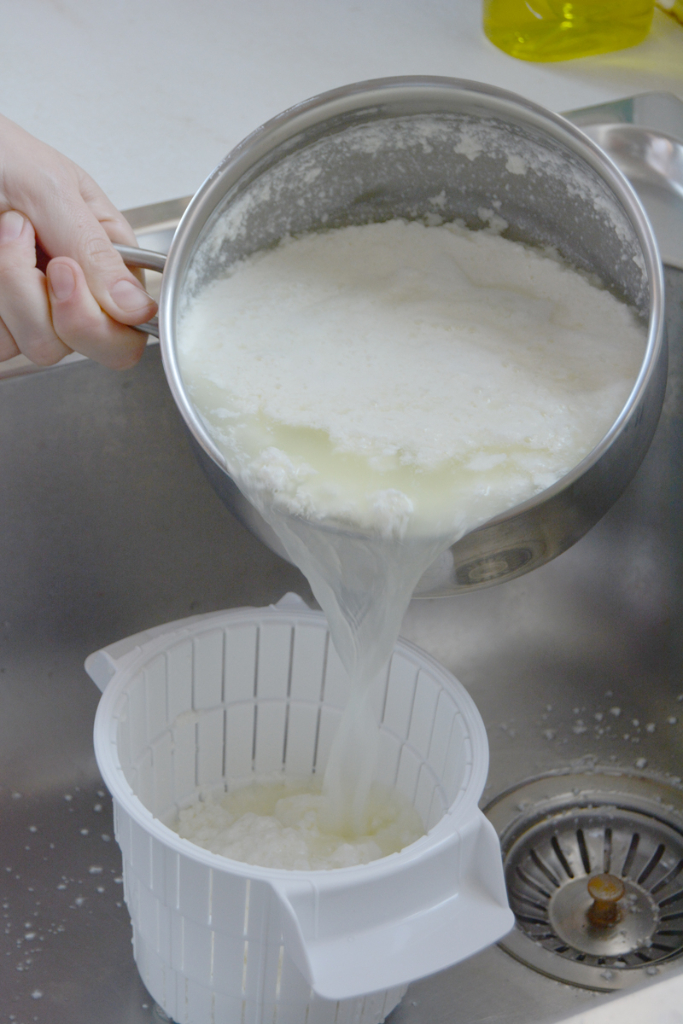 There is one reason the plate is open on one side. After unloading the cheese on this specialized plate, there needed to be a way to unload the cheese to a serving dish without disturbing its structural integrity. This is why the plain that receives the cheese has an unobstructed exit for it. The plate is held from one end and the cheese is carefully pushed onto a serving dish using the open side and a spatula, knife or table spoon.

Aesthetics in this case were dictated by the function of the product, its systemic dependencies on other Bӧrner products, as well as the visual identity of the brand.

The development phase did not take long since Bӧrner Gmbh possesses its own mold shop headed by Mr. Daniel Weis. A young and meticulous design engineer employed by the Client. Much of the 3D printing we used took place in Germany.

The cheese mold, features a reversed indentation of the Bӧrner name so that the end product (the cheese) has the brand name inscribed on it. Too much? Perhaps, but we were proud of the product, why not shout it a bit? The shiny surface helps the cheese slide out after preparation and the proportions of the mold needed to be such that the cheese would drop off the mold on the plate without breaking, when only one litter of milk would be used. One litter of milk, produces a 25mm thick cheese piece. One that is very sensitive.

The product, will come with a recipe book. Here is some jaw dropping food photography for this recipe book shot by Theodosis Georgiadis 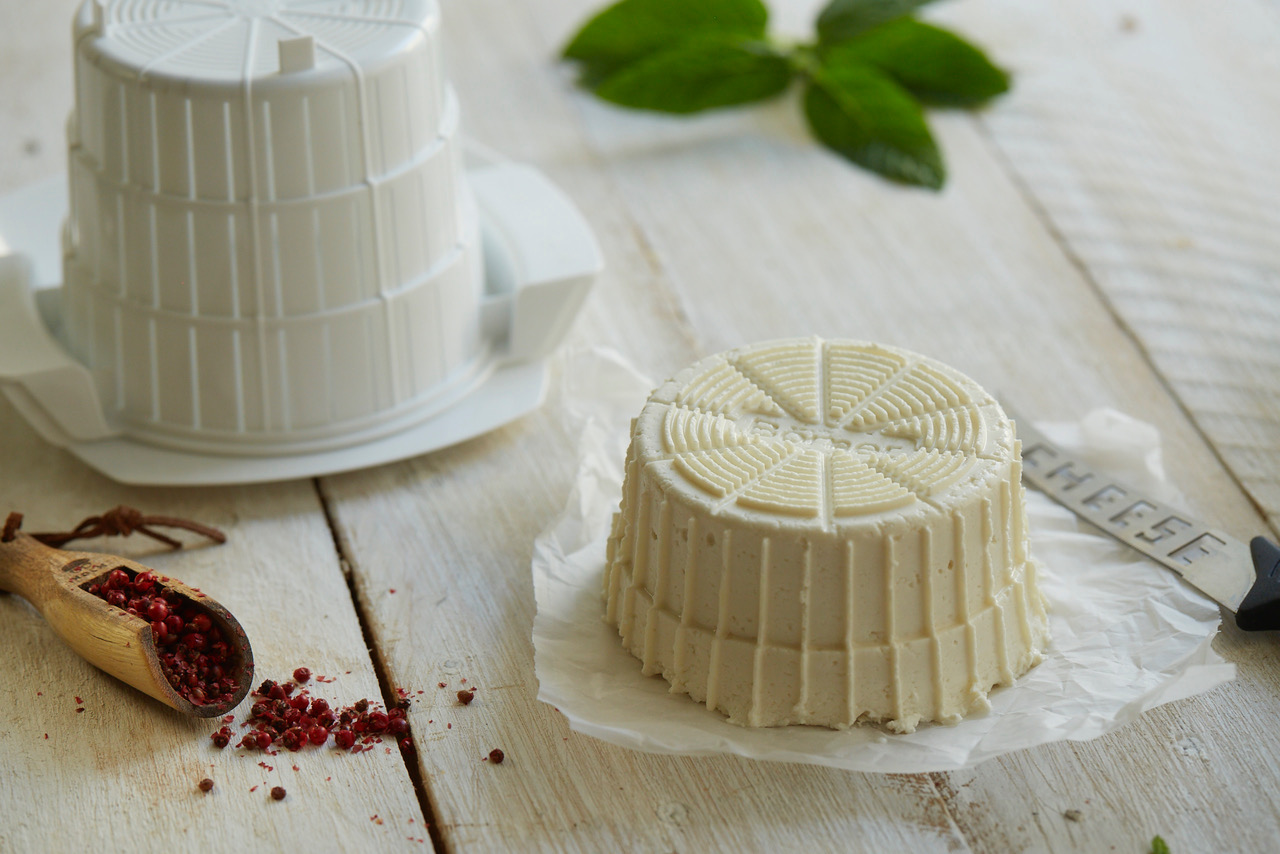 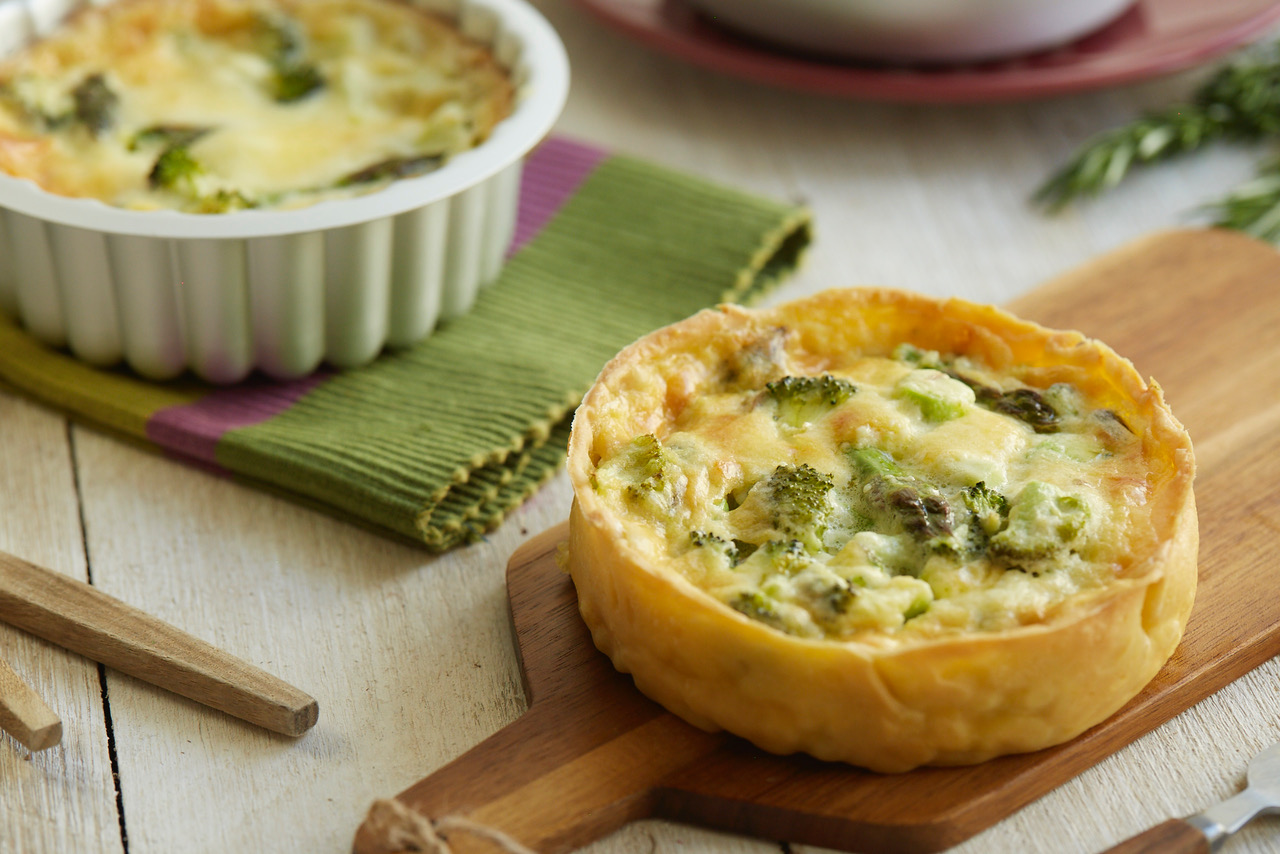 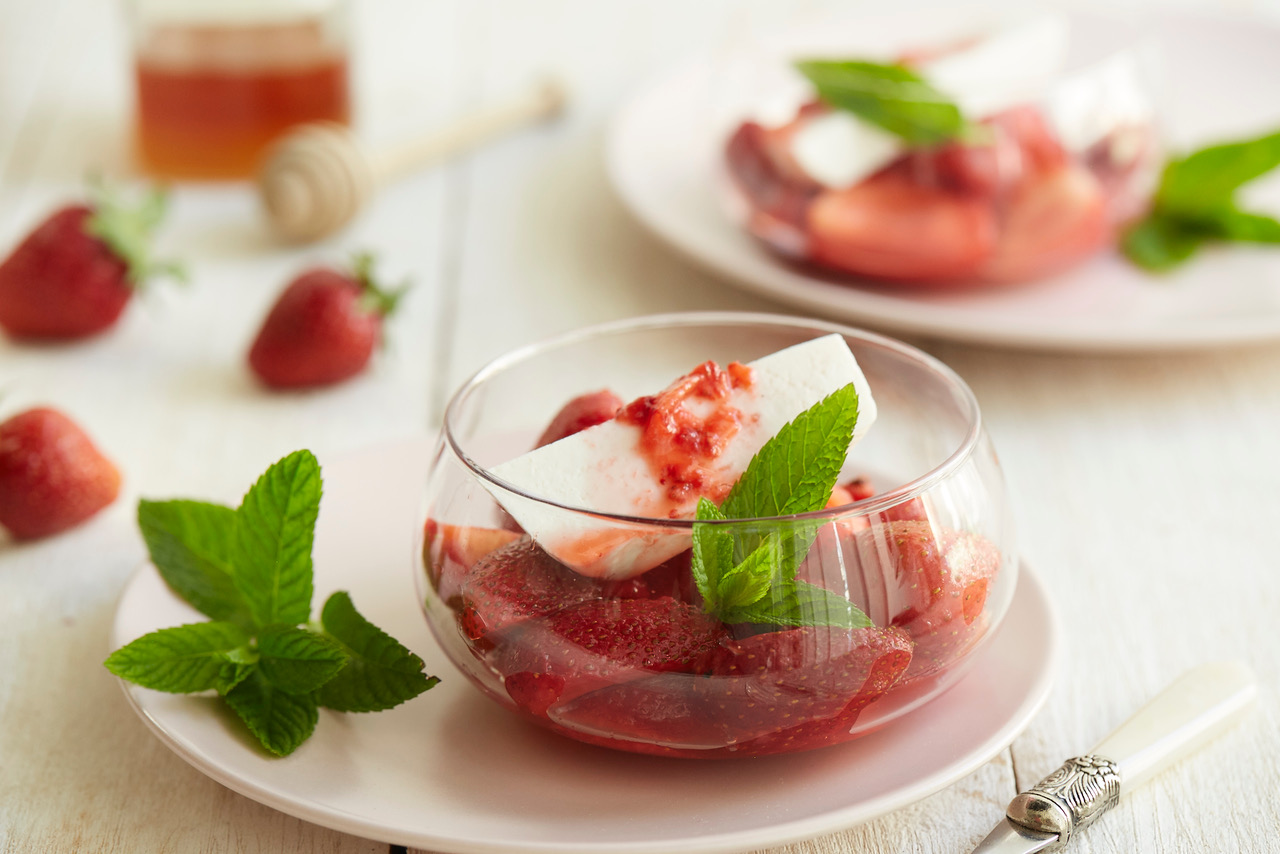